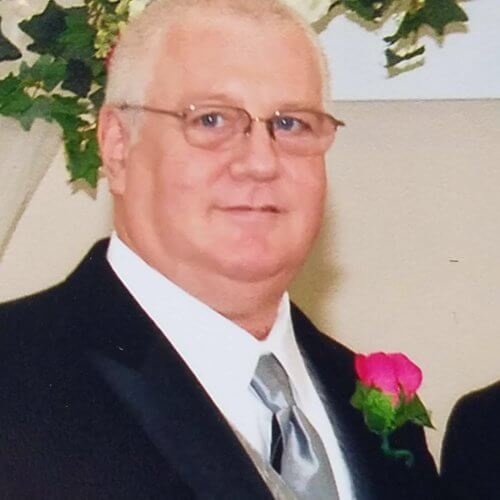 Thomas graduated from Riverview High School, worked at Sverdrup and Parcel and RW Booker as a draftsman, and joined the National Guard. During this time, he married the love of his life, Rita Stroer. Shortly after that, he decided on a career in law enforcement, graduated from the St. Louis Police Academy, and was hired as a Ferguson Police officer. Over time, he also worked at Hazelwood Police Department, St. Charles County Corrections, Wentzville Police Department as a canine officer, and then returned to St. Charles County Corrections where he became a supervisor and continued working until his passing. During Tom and Rita's 46 years together, they raised four fabulous children who then provided three phenomenal grandchildren.

Some of the things Tom liked to do: have game nights with family and friends, go on motorcycle rides, take trips to the mountains, fish, play darts, play softball, cook for Knights of Columbus fish fries, collect police collectibles, play with grandchildren, and go out to restaurants. He also built his own house and was very excited about building his spiral staircase and double-mantle two-story fireplace. During the course of his police career, he was involved in many police fiascos, and always had crazy stories to tell when he came home. He was once given a letter of commendation from Wentzville for saving a child's life, which is just one of his many heroic deeds. When called upon, he would always be there for family and friends as needed. His quirky sense of humor will be greatly missed.

Two memorial services will be held on Saturday, February 3, 2018 at Lakecrest Assembly of God Church, located at 1400 Corporate Parkway, Wentzville, Missouri 63385. The memorial will be from 1:00 p.m. to 5:00 p.m. with services at 1:30 and 4:00 p.m. In lieu of flowers, the family requests memorial contributions be made to Backstoppers (http://backstoppers.org/donate/).
To order memorial trees or send flowers to the family in memory of Thomas S. Lupo, please visit our flower store.