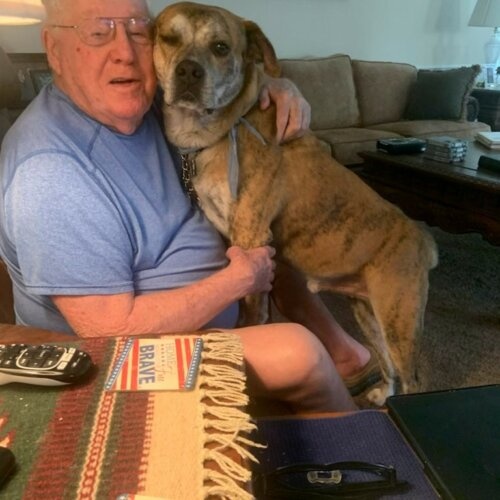 Ted was born and raised in St. Louis and graduated from Hadley Tech and after military service continued on to Parks Air College (part of St. Louis University) to train as an aircraft mechanic.  This was Ted's vocation for over 40 years, working for such companies as McDonald Douglas, Ozark Airlines, Eastern Airlines (30 years) and the last nine for UPS before retiring.

Ted was married to his wife Donnis (nee Arnold) for 64 wonderful years.  Together they built four homes, the last being a log home in the mountains of Colorado after retirement in which they ran a bed and and breakfast before moving back home to the Gateway City to spend time with family.

Ted is a United States Marine who served his country during the Korean War, and together with his wife was part of the Marine Corps League and spent countless hours caring for others less fortunate.

Visitation will be held at Christ Memorial Lutheran Church, 5252 South Lindbergh Blvd. St. Louis, on Tuesday, June 21, 2022, from 9-10 AM with a memorial service following at 10 AM.  Afterwards, internment will be held at Jefferson Barracks National Cemetery in honor of Ted's service to our nation at 11 AM.

The family of Ted would like to sincerely thank the angels on staff at the de Greef Hospice House on the campus of Mercy South for their care and comfort which was immeasurable.
To order memorial trees or send flowers to the family in memory of Theodore “Ted” H. Eberley, Jr., please visit our flower store.