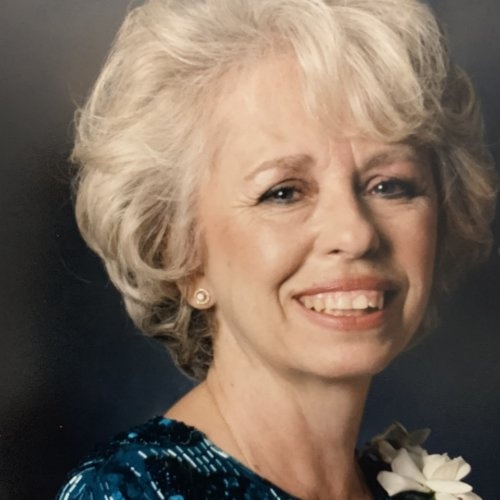 On Thursday, January 21, 2021, Thelma Susan (Bloom) Keshinover passed away at the age of 77 after a long battle with Parkinson’s disease and dementia. Upon her death, she donated her brain to the Washington University Department of Neurology to further Parkinson's disease research.

On February 19, 1967 she married Lloyd Jay Keshinover in Huntington, New York. They moved to Harrisburg, PA before having three children, Scott, Dawn and Adam. They later moved to the suburbs of St. Louis, Missouri in November 1979, where she lived for the remainder of her life.

Thelma’s passion was art. She was a teacher for her entire professional career, but most remembered as “Mrs. K” the art teacher for two special education schools in St. Louis: Elias/Gateway Michael and Gallaudet School for the Deaf. Thelma was very involved in her schools and students – she made all the holiday decorations and assembly backdrops, hand painted wall murals throughout the schools, and organized events for every celebration. She made a significant impact on her students’ lives as she was able to teach them from the year they entered school until they graduated. This is also where she met her best friends, Mary, Michele and Desma, who supported her through everything and were by her side on her final days.

Thelma is survived by her three children, Scott (Li-Wen) Keshinover, Dawn (John) Gajewski and Adam (Sylvia) Keshinover, older sister Carole Benowitz and younger brother Donald Bloom; her four grandchildren, Jennifer, Jacob, Breanna and Raegan; and her two great grandchildren, Alex and Evie. Her friends and family will remember her for her kind, generous soul. She always put others first – often taking her family on vacations and to every local event or museum, never missing a sporting event or big moment, and showering those around her with gifts for every holiday on the calendar.

A small service will be held for immediate family members and close friends on Friday, February 12, 2021 at Jefferson Barracks National Cemetery where she will be laid to rest alongside her veteran husband who passed just four months prior. A celebration of life will be held at a later date, to be determined. In lieu of flowers, please consider a donation to one of the following organizations that were special to Thelma. · American Parkinson’s Disease Association: https://apdaparkinson.donordrive.com/campaign/In-Memory-of-Thelma-Keshinover- · Springboard for Learning: https://www.springboardstl.org/thelma-keshinover/

The family of Thelma Keshinover wishes to thank the incredible staff at Heartland Hospice and Glenfield Memory Care from whom Thelma received amazing care over the last years of her life.
To order memorial trees or send flowers to the family in memory of Thelma S. Keshinover, please visit our flower store.