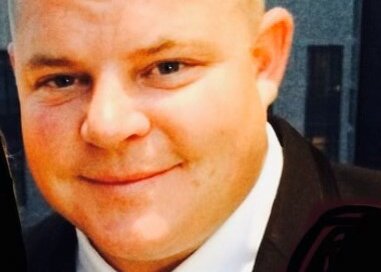 Jason passed away on November 2, 2021, at his residence surrounded by his family and friends. Jason was born on October 2, 1976 in Little Rock, Arkansas. He graduated from Marissa Junior/Senior High School, class of 1994. He studied Criminal Justice at Southern Illinois University, Edwardsville, IL. He served honorably in the United States Marine Corps from March 27, 1995, until September 10, 2003. He obtained the rank of Sergeant supervising multiple assignments throughout his career to list a few; he served as a Platoon Sergeant, Firearms Range Instructor, and 0311 Team Leader. During his 8.5 years Jason earned several letters of Appreciation, Certificates of Commendations, and Multiple Meritorious Awards.

Jason worked at Laura Buick-GMC in Collinsville, IL where his was recognized and awarded the #1 GMC Sales Consultant in Illinois two consecutive years in a row, he was respected by his peers and co-workers.

Jason married Carrie Adank on October 12, 2014, they separated in March 2018, she resides in Kennesaw, GA, and they remained friends.

Jason loved boating, golfing, beach vacations, spending time with friends and family. He loved watching his favorite movie “Avatar”. What he enjoyed most was being with Amanda Yarber who he loved immensely.

Jason is preceded in death by his sister, Lara DeLong and stepbrother, Erich Heidle.

In lieu of flowers, memorials donations will be accepted in honor of

Millstadt, IL 62260
To order memorial trees or send flowers to the family in memory of Terry Jason DeLong, please visit our flower store.