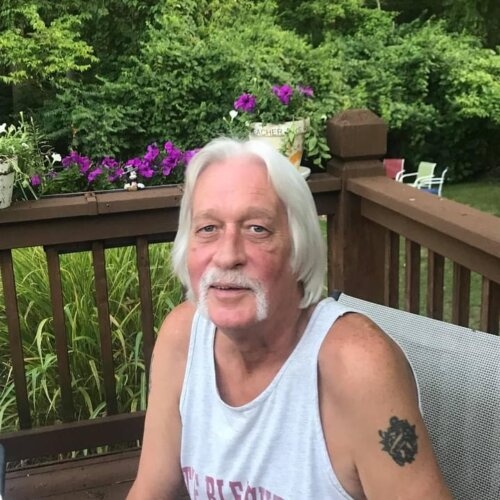 Terry served in the United States Navy and was honorably discharged with rank of AG3. While in the Navy Terry Studied Meteorology. But after discharge his big heart led him to pursue a Special Education degree at Mizzou. He worked at Ricoh as a print support specialist.

Although living in Missouri for many years, Terry remained an avid Chicago Sports team fan. Especially being a diehard Cubs fan. He was an artist for pleasure only. Terry enjoyed bowling, games of chance at the local casinos, and would never turn down a poker game with family and friends. He loved gardening. His sisters lovingly referred to him as their brother “Sally.” And above all else Terry thoroughly enjoyed time with his grandchildren.

He was preceded in death by his parents. Terry is survived by his wife Kimberly, inherited children Ryan (Kayla), Krista (Michael), Alyce(Joshua). He was papa to grandchildren Annabelle, Adeline, and William. Along with Cameron, Kristy, Riley, Rosalee. And Rogan. Siblings Constance, Charles Jr., Christine (Glen), Cheryl (Daniel), Caryn (John). Brother in-law, the late Tom Rhines, and many nieces, nephews, and great nieces and nephews.

Final resting place is at Jefferson Barracks Cemetery on Friday, November 12, at 1:30.
To order memorial trees or send flowers to the family in memory of Terrance George Scher, please visit our flower store.