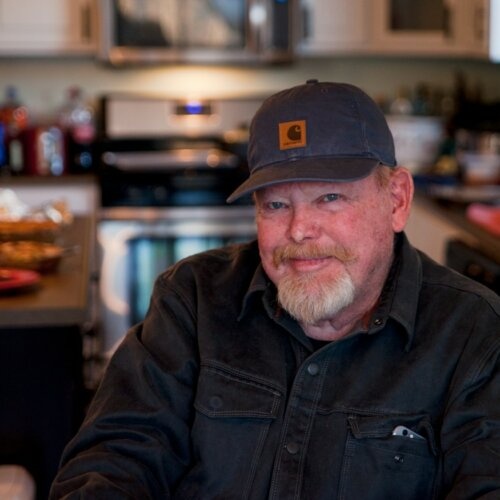 Steven Floyd Vanderpool, 73, of St. Ann, MO, died on January 23, 2022.
He was born in St. Louis on April 8, 1948. He graduated from Ritenour High School in 1967 and was drafted into the United States Army in 1969 where he served as a Combat Infantryman in Vietnam. He then married Ruth Ronecker in 1979 and celebrated 20 years of marriage.
Steve worked as a highly regarded Ironworker with Local Union 396 for 23 years before retiring in 2003. Steve had been a proud member of the Missouri Mules Motorcycle Club since 2009.

Steve is survived by his two children, Carlie Aubuchon and Eric Vanderpool; his grandchildren Van, Roman, Ava and Eli; dear sister Sandy Brinegar. He is preceded in death by his parents, Floyd and Virginia Vanderpool.
A graveside service will be held at Jefferson Barracks National Cemetery at 10:30 AM on Friday, February 4, 2022. Details on the Celebration of Life to come.
To order memorial trees or send flowers to the family in memory of Steven F. Vanderpool, please visit our flower store.