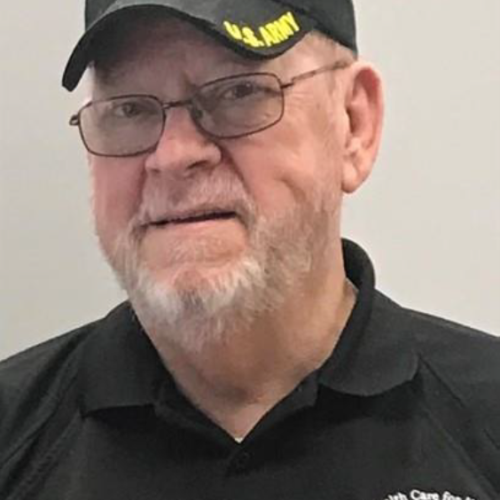 Coon, Stephen Amos, 72, was called home on December 5, 2020.
Steve was born in Woodstock, IL on March 22, 1948. In 1965, on his 17th birthday, he enlisted in the United States Army, 8th Infantry Pathfinder Divison, completed Vietnam training at Fort Polk, LA and served his country honorably in Europe, helping to stop the spread of Cold War communism until his discharge in 1968.

Steve was married to Gayle Coon (Tinnon) on November 7, 1981 and they were inseparable for 39 years.

Steve worked as a mortgage loan officer in St. Charles County up 2015, when he retired to enjoy time with his wife, children, and grandchildren. He also enjoyed giving back to other Veterans with programs like Homes for Heroes.

Steve would light up a room with his smile, his personality, and his penchant for hilariously inappropriate jokes.

He is preceded in death by his parents, Adelbert Coon and Frances Call Hohengarten, brothers Dennis and Michael Coon, and in-laws Patricia and Gene Jones.

A memorial will be held at Jefferson Barracks, date to be determined due to Covid- 19.

John 1:4 - “In him was life, and that life was the light of all mankind”
“Now my duty is over, GLAD YOU GOT TO SEE ME!”
To order memorial trees or send flowers to the family in memory of Stephen A. Coon, please visit our flower store.