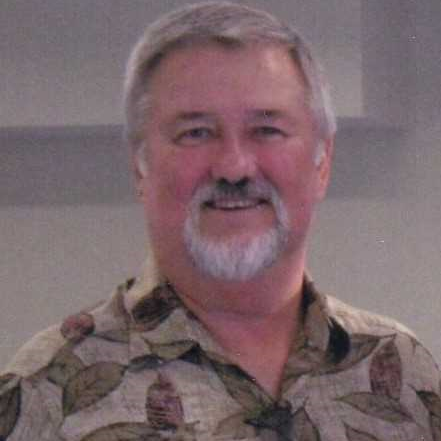 Bill, Roy T. “Tom” of St. Peters, MO passed away on Friday, August 11, 2017 at the age of 70. He was born in Long Beach, CA and lived in Westminster, CA for 43 years until he and his wife moved to St. Peters in 2015. He was a loving husband to Gloria Bill (nee Thompson); caring father of Andrew Jason (Gina) Bill and Kevin Scott (Elisa) Bill; wonderful grandfather/poppa/papa to Mackenzie, Matthew, Zachary, Piper, Hunter, Duncan, Pete, Jay and Cecelia. He is survived by his brother, Danny Lee, of Anaheim, CA. He was preceded in death by his parents LeRoy Bill and Grace Bill (nee Okell).

He was one of a kind to those that knew him. He earned a Bachelor of Arts in Art from Long Beach State in 1969 and was a graphic designer by trade. He was also a sculptor, cowboy, Japanese art and samurai sword aficionado, avid reader of science fiction, lifeguard, car enthusiast, reluctant board game participant, eager dice game participant and someone who usually had a general knowledge of just about anything under the sun.

A memorial service will be planned for a later date. Memorial contributions may be made to Pancreatic Cancer Action Network 1500 Rosecrans Ave., Suite 200 Manhattan Beach, CA 90266 or Evelyn’s House affiliated with The Foundation for Barnes-Jewish Hospital 1001 Highlands Plaza Drive, Ste. 140, St. Louis, MO 63110.


To order memorial trees or send flowers to the family in memory of Roy T. “Tom” Bill, please visit our flower store.