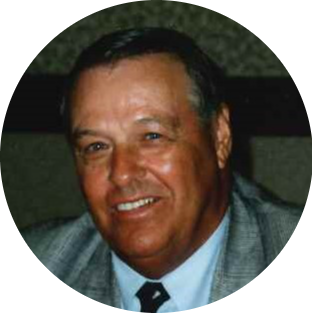 You could have called him Mr. Mizzou because he loved that university through and through…almost as much as he loved his beloved wife Marty of nearly 52 years, and his four boys,  his 6 grandchildren, and many many friends along the way.

A man from humble origins who created a self-made fortune of life in just over 85 years. He grew up in a trailer that was perhaps 300 sqft. His mom took care of the home. His father worked as an electrician. Young Bobby played outside. And he was so good at it that he turned it into a life. Mizzou thought so too, and they accepted him on the football team when he walked on in 1955 eventually earning a scholarship along the way. The relationship was advantageous for all parties involved. He played for a Mizzou football team that upset the number one team in the nation, Michigan, that year. He also made his way onto the baseball team where he played for a squad that came just inches away from being the college World Series champions. In an extra innings heartbreaker, Mizzou was the runner up that year. He then parlayed his prowess at swinging a stick into a stint as a minor league baseball player where he got to play America’s pastime with the likes of Mike Shannon and Willie Mays. After a few years of living that dream he went back to Mizzou and the sport he was really passionate about, football. He coached there and actually scouted #1 Notre Dame a week before their matchup. He was scolded by some for telling the press he thought Mizzou could win. Well, Mizzou won. He went on to have a long and distinguished career coaching young men the games of football and baseball but really it was more about life, hard work, perseverance, dignity, responsibility, self-respect and honor. He taught thousands of young men what it means to live, how to fight, how to never give up and how to believe in themselves.

All along the way he watched with joy, amazement and awe as his kids, grandkids and former pupils grew up and followed in his footsteps…not necessarily in sports but in his zest for life, commitment, teamwork, honesty, hard work, tenacity and appreciating all the joys life has to offer. And he absolutely cherished sharing it with everyone he loved.

After battling with Alzheimer’s for a few years that same indomitable spirit ultimately decided to check out of this realm and the physical body of flesh and blood that simply couldn’t outlast his shining spirit. He finally decided to say goodbye and head towards greener pastures not bound by any physical limitations.  We take solace in the fact that he watches down with that patented  smile and booming laugh as he gets back to tossing the baseball and pigskin around with all his friends and family that went before him.

The family will be holding visitation Saturday August 13 at Sunrise Church 7116 Twin Chimneys Blvd in O’Fallon, Mo 63368 at 11 am services to follow immediately after at 12pm.  In lieu of flowers please make a donation to the Alzheimer’s Association or the Mizzou Tiger Scholarship Fund.

To order memorial trees or send flowers to the family in memory of Robert L. Meyers, please visit our flower store.