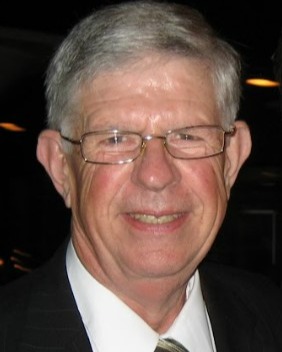 Bob graduated from Laboure High School in 1961 and worked most of his career at Schnucks as a meat cutter. Upon retirement, he enjoyed life at his home of over forty years near Winfield, Missouri.

Bob was a country boy at heart. After growing up in St. Louis, he moved to his ten-acre property in Winfield with his family in 1976. As a nature lover, he spent decades cultivating his land with cattle, chickens, honeybees, an elaborate garden and more. As a hunter and fisherman, he loved to visit the family farm near Union, Missouri and family “Clubhouse” on the Gasconade River near Rolla, Missouri.

Bob’s first priority was his family. He worked hard to provide a good life for his wife and two children. His one grandson, Brendan, was his favorite fishing buddy. He also loved his extended family – including the Van Deven and Harting families – along with his many friends throughout the region.

Those who loved him will remember Bob as a loving and sensitive soul, always eager to help the people he cared about.

He was preceded in death by parents Ben and Marie Mazzola from Florissant and brother Thomas from Florissant. Bob leaves behind to cherish his memory his wife, Gail Mazzola; daughter Angie Simmons, son Mike Mazzola and grandson Brendan Mazzola; sister Karen Mazzola; and scores of extended family: cousins, nieces, and nephews.

Services will be held on Friday, November 25th at 10:30 AM at Immaculate Conception of Dardenne. In lieu of flowers, memorial contributions may be made to St. Vincent De Paul at https://svdpstlouis.org/.

To order memorial trees or send flowers to the family in memory of Robert Mazzola, please visit our flower store.