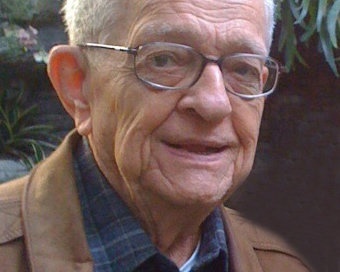 After serving overseas in the Army, Bob returned to college finishing up his undergraduate degree in 1947 at Kirksville State Teachers College (Truman University). Bob started his career as a math teacher in Scranton, Iowa in 1947. After two years he was offered a job in the Webster Groves School District, where he remained for 33 years, retiring in June 1982.

Bob enjoyed singing and participated in several choirs including the Midwest Chorale, Statesmen Singers, Choir at Laclede Groves and Choir at Webster Groves Presbyterian Church, where he was an active member from 1949 until his death.

He was preceded in death by his wife of 58 years Martha Reynolds Miles in 2004, and a brother Herbert Boone Miles in 2000.

In lieu of flowers, contributions can be made to Evelyn’s House or charity of choice.
To order memorial trees or send flowers to the family in memory of Robert E. Miles, please visit our flower store.