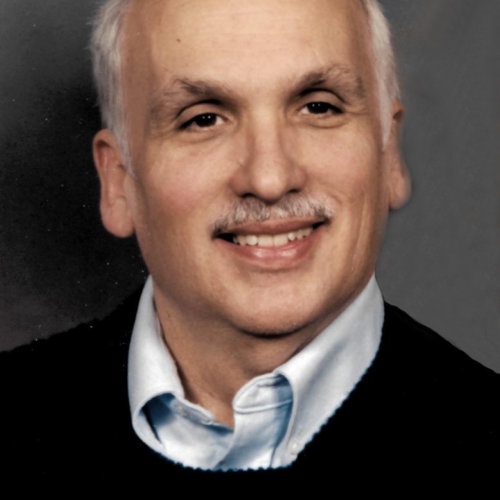 He was born October 31, 1946 at DePaul Hospital in St. Louis, MO to Donald W. and Marjorie Leigh (Baird) Hutten.

Randy loved cars, cats, and listening to music. He owned and showed a 1966 Blue Chevelle Coupe. He added special effects to all of his vehicles, which included pin striping, window tinting and tasteful insignias. Theses won him a handful of trophies and plaques. Of course he collected model cars; also, some model airplanes.

He was never without a pet cat and admired their wild cousins as well. He enjoyed going to the zoo and watching wild animal shows on TV.

He is best remembered for his quick wit and effortless one liners, and for his distinctive voice and laugh.  Randy had a genuine interest in those he did business with regularly. He called them by name and was interested in their lives.

Despite having chronic pain, he was pleasant to others and kind to his wife. He had compassion for the disabled, for Veterans with problems and for the homeless. He anticipated having no more physical problems in Heaven and meeting Jesus and his family members and pets that already arrived there.

His parents and step-father, Jack Daugherty, preceded him in death. Randy is survived by his wife, his brother, Tom (Marylea) Daugherty of Brighton, IL, his sister Beth (Tom) Accardi of Florissant, MO, his brother-in-law Ira Lee (Annette) Bates of Beverly Hills, MI, his brother-in-law Kirby (Judy) Bates of Chesterfield, IL and many nieces and nephews.

A Memorial Service was held April 13, 2019 at Life Gate International Church in St. Peters, MO. Interment will be at Shiloh Cemetery, Carlinville, IL in July 2019 beside his great grandparents and uncle.
To order memorial trees or send flowers to the family in memory of Randy W. Hutten, please visit our flower store.