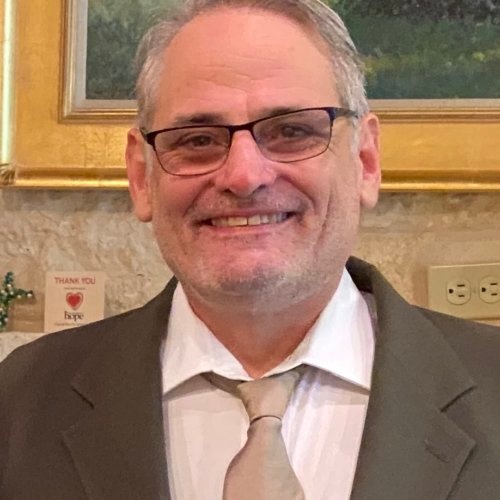 Ralph W. Conrad Jr. of St. Charles, MO passed away January 22, 2021, at the age of 55, following a brief battle with pancreatic cancer.

Ralph married Tamara Christine Brooks on September 22, 1990 and they settled in St. Charles, MO where they raised their children.

Ralph worked at Citi Mortgage for the past 17 years. The words people consistently use to describe Ralph are kind, happy and friend to all.

Ralph was a huge fan of the University of Oklahoma and all things Boomer Sooner, but his true loves were his children, Alli and Jake, and his wife of 26 years, Tammy.

There will be a private celebration of life service for the family on Friday January 29, 2021. In lieu of flowers, donations may be made to the American Cancer Society, First Step Back Home firststepbackhome.net or the charity of your choice.
To order memorial trees or send flowers to the family in memory of Ralph W. Conrad, Jr., please visit our flower store.