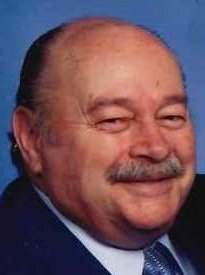 Ralph was born in Guelph, Ontario, Canada August 8, 1935. When Ralph was 10 years old, his family moved to Buffalo, New York where his father was a Minister for the rest of his life. After Ralph graduated from High School in 1953, he joined the United States of America Military serving proudly in both the Airforce and Army for 20 years before retiring. He was diligently patriotic, and often wore hats, pins and clothing which displayed his loyalty to God and Country.

After retiring from the Military, Ralph became an ordained Baptist Teacher and Minister which was his true and heart-felt calling for the rest of his life. During his working years he also raised rabbits, trained horses, supervised in maintenance, and served as a Police Officer.

Ralph and his wife Betty lived for many years in Prescott, Arizona before he was first widowed in 2003. They had no children.

Ralph was always very involved in church and kept busy studying and teaching the Holy Bible. His hobbies included wood-working, drawing, painting, eating out and travel. But all who knew him treasured and admired his beautiful bass singing voice and love for Christian music. In truth, Lola Marie fell in love with his wonderful singing voice the first time she heard it.

He met Lola Marie (nee Ramsey) Stoer in 2005. When they married in Dec. of that year, Ralph inherited a large family including one daughter - Pamela (Tom) Bressie, and two sons – Mark (Kathy) Stoer, and Mikel (Brenda) Stoer. Through them, he had many beloved grandchildren (Michelle, Tanya, Danny, TJ, Luke, Marcus, Brian, Shannon and Amber) and a score of great-grandchildren, all of whom he treasured.

He is survived by this large family and two older sisters, Ivy and Lois. He is preceded in death by his parents Reginald and Muriel Field, one brother and sister Russel and Grace, his wife Lola Marie, and granddaughter Haley Elizabeth Allison.

A Memorial Service will be held at Ralph’s Church, Friday April 23, 2021 at 12 Noon New Beginnings Worship Center, 108 Birdie Hills Rd. St. Peters, MO 63376. Pastor Ken Long will preside. Following the ceremony, there will be a private luncheon for family and close friends at the home of his daughter. In lieu of flowers, memorial donations may be made to his church, the American Cancer Society, or the American Heart Association. The family of Ralph Field wishes to thank the wonderful staff at Barnes St. Peters Hospital and at John Cochran Veteran’s Hospital for their diligent concern, care and kindness over the last three months.
To order memorial trees or send flowers to the family in memory of Ralph A. Field, please visit our flower store.