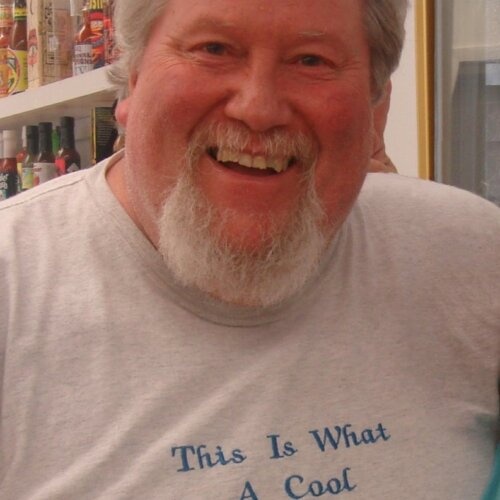 Paul Bryan Humburg was born on September 13, 1950 in Saint Louis, Missouri to Betty Ruth Humburg and Walter Joseph Humburg. He liked to tell his kids that he was born in a log cabin, just like Abraham Lincoln (he was not). He grew up with two siblings, Walter and Betty, whom he loved dearly. He was married to Cynthia (Cindy) Fink on August 6, 1977.

Paul was generous and kind to everyone he met. It didn’t matter if you were rich or poor, handsome or ugly, young or old. He would gladly give you anything you needed.

He loved talking to everyone and never met a stranger who he couldn’t turn into a friend.

He was an environmental chemist and owned his own business for many years. Paul made it his life’s work to protect the environment and make sure companies disposed of their products responsibly. He loved to share his passion for chemistry with anyone who would listen.

Paul loved to cook and he loved to eat good food and drink good wine.

He loved to play Santa Claus and have kids sit on his lap as he listened and handed out candy canes. At Christmas time he would practice his “Ho Ho Ho” when he saw kids in the stores.

With his jolly disposition and pure white beard, he was the perfect fit.

He adored his four children and bragged about them at every opportunity.

He was always amazed by their accomplishments, even the small ones.

More than anything else, he wanted his kids to be happy and know they were loved, and he told them so eagerly and often. He was a great dad and thought of that as his greatest accomplishment.

When MS started to take its toll on his body, making it almost impossible for him to walk, he didn’t give up and rarely complained. He didn’t want others to know how much pain he was in.

He was content most days to watch TV, play games on his phone, or text his kids. He never asked for much, and was grateful for anything he was given. He encouraged everyone else to go out and have fun in spite of the fact that he couldn’t. If anyone deserved a long and healthy life, it was Paul, but even in his most difficult times, he liked to focus on others’ happiness rather than dwelling on his own struggles.

We pray Paul is now running across a golf course or standing in front of a big BBQ grill, or drinking the finest glass of wine; no longer in pain, without a care in the world; a place where there is no judgement or worry, where he feels only pride and happiness. Paul had a way of making everyone in his life feel like a rare and beautiful treasure – we hope that he knows what a treasure he was for us.

God bless you, Paul. We love you forever and ever.

“I’ll see ya when I see ya, whether here or in Heaven.”

(This is something Paul would often say as someone left, even for a brief time.)
To order memorial trees or send flowers to the family in memory of Paul B. Humburg, please visit our flower store.