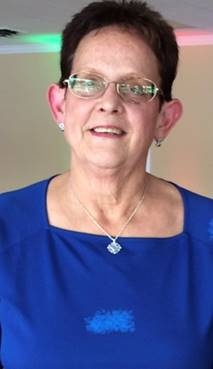 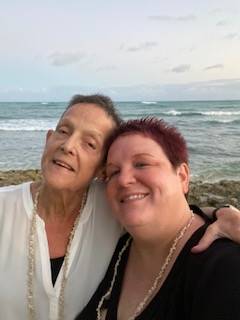 Pat was born February 17, 1953 in St. Louis, MO to Virgil and Dorothy Marler, and was the oldest sister to William (Bill) Marler and Allison Bunch.  Pat had a baseball bat in her hand at the tender age of 2 and learned how to play softball for her school and church teams.  She was a phenomenal tree climber, and would often encourage her brother to climb their pine tree to the top at their house in Hazelwood, MO just to look over the neighborhood.  Pat also enjoyed playing football with the neighborhood kids, and dreamt of being the first female punter for the then St. Louis Football Cardinals (she could punt the ball barefooted about half a football field).  Pat also loved caring for her sister, Allison, saying, ‘That’s my baby,’ at Allison’ birth until later the two arguing over Pat’s snoring while sharing a room…while having to listen their brother, Bill, rock his bed so hard it squealed on the hardwood floor.

Pat later graduated from Hazelwood High School in 1971 where she went on to obtain to work in the records room for St. Louis County.  It was here where she met her future husband while looking up information for a traffic stop for the Hazelwood Police Officer requesting the record.  Pat was married to Michael Roth on September 2, 1972 after a six month courtship from the date of their first date…which was a quick trip to Branson, MO for breakfast.  They were married for 26 years, and September 2, 2022  would have been their 50th wedding anniversary.  On August 1, 1974, Pat and Mike’s daughter Christine Michelle Roth was born to them in Florissant, MO.  The family had a huge love of listening to music, having cookouts with family and friends, pulling jokes on each other, but mainly helping those who were in need.

Pat worked at CitiMortgage for over 25 years in various roles before retiring, and then eventually worked for Home Depot in O’Fallon, MO as a cashier all the while making many friends during her 6 year tenure.  Pat received many Homer Awards for excellent customer service, and cashier of the month at least four times for overall excellence.

Pat is preceded in death by her husband, Michael Roth; her brother; William (Bill) Marler; her parents, Virgil and Dorothy Marler; and her mother-in-law, Alice Evelyn Roth.

In lieu of flowers, memorial donations may be given to Backstoppers or Make-A-Wish Foundation.

To order memorial trees or send flowers to the family in memory of Patricia L. Roth, please visit our flower store.