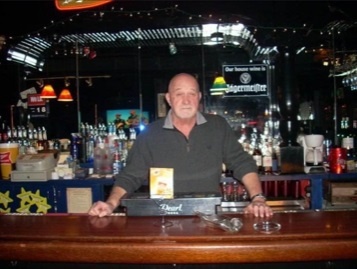 ***Update, Celebration of Life has been postponed. Please check back for details.***

Moody was born in Alton, Il on August 14, 1943. He graduated from East Alton-Wood River Community High School and continued on to a year of college at Ottawa University.

Ray was married to Jane Orler, they were married 9 years and remained friends for life. Tucker worked as a bartender for Elmer’s Tavern and several other local establishments where he touched the lives of many with his jokes and kind nature. He enjoyed golf in his younger years and spending time with his family.

Ray is survived by his daughter’s Rene and Joelle and his son-in-law, Randy, his sister, Genie, his grandchildren, Tucker, Justice, Dawson, Landon, Madison and Brody, his sister-in-law, Donna and his niece, Lisa and other family and friends.

Moody Ray is preceded in death by his mother, Mary Beulah, his father Melvin and his brother Wesley.

Tucker did not want any type of funeral or memorial service. We will be having a Celebration of Life at a later date that will be posted on the Cremation Society of Missouri Website, as well as the Gee Wilikers Facebook page and his daughter’s Facebook pages, when it is safe for people to be together to celebrate and share stories of the amazing father, grandfather, brother and friend that he was to many.

In lieu of flowers, the family would like you to give a generous tip in Tucker’s honor the next time you go out to eat or have a drink at the bar. We know that he was thinking of all his fellow servers and bartenders out there without work during the Covid 19 Pandemic.

The family of Moody Tucker wishes to thank SSM Home Hospice staff, they were absolutely wonderful to work with and took great care of him in his last days.
To order memorial trees or send flowers to the family in memory of Moody Tucker, please visit our flower store.