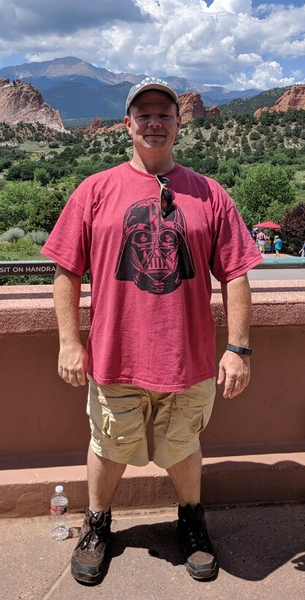 Michael John McLean died unexpectedly on Friday, December 20, 2019, at the age of 41. He was home from Denver visiting family for the holidays.

Mike was born on March 9, 1978, in St. Louis, Missouri. Mike lived in the St. Louis area up until 2017, when he moved to Denver, Colorado, for a new position with Charter Communications, which is where he worked since 2006. Mike grew to love Denver, and his new friendships and experiences brought him great happiness.

He will be dearly missed by his father and mother, Robert and Karen (Pollvogt) McLean, his sister Megan (McLean) Beckham, her husband Patrick Beckham, and Mike’s two nieces, Adelynn and Emery, whom he adored.  He was a beloved son, brother, nephew, cousin, and friend to many.

Mike was known for being a computer whiz, music lover, movie buff, fisherman, recent hiking enthusiast, and above all, for being extremely kind and generous. He spent a great deal of time with his grandparents caring for them and spending time with them before they passed, and we know that he is once again with his beloved Nanny and Papa.

A Celebration of Life is planned for Saturday, January 18, 2020, for friends and family.
To order memorial trees or send flowers to the family in memory of Michael J. McLean, please visit our flower store.