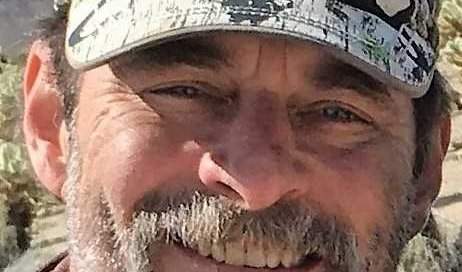 Michael Clark Callaway, 56, husband of Jill Marie Callaway of Shabbona, IL, passed away Saturday, December 9, 2017 in Creve Coeur, MO. He passed away due to injuries sustained from an accident that occurred while working outside. Born November 24, 1961, in Waukesha, WI, he was the son of Allan and Shelby Callaway.

Mike attended school in Superior, WI, until his family moved to Lake Nebagamon in 1978. While at Northwestern High School in Maple, Mike excelled in many sports like football, basketball, and golf. He graduated from high school in 1980. On May 9, 1981, he married his high school sweetheart, Jill Kallinen. Last May, Mike and Jill celebrated 36 years of marriage.

In 1981, Mike enlisted in the U.S. Air Force and served 7 years attaining the rank of Staff Sergeant. While there he cross-trained to Air Traffic Control. After the Air Force, he joined the Federal Aviation Administration and attended the Federal Aviation Administration Academy in Oklahoma City, OK. Mike was recruited by Chicago Center, the busiest air corridor in the country at the time, in Aurora, IL. He recently retired at the age of 50 after working 30 years for the federal government. Since retirement, Mike and Jill enjoyed traveling to visit their family all around the country in Oregon, Washington, California, Arizona, Wisconsin, and Missouri. Mike has always been a fearless explorer and his amazing adventures included tuna fishing on the Atlantic Ocean, gold mining on the Rogue River in Oregon, and diamond mining in Arkansas. Mike was an avid outdoorsman, hunting, fishing, and golfing in his free time. He also loved the Green Bay Packers. Go Pack Go!

Mike is survived by his wife Jill Callaway of Shabbona, IL; children Brenna (Brandon) Merchant of Sherwood, OR, Michael (Claudia) Callaway of Wildwood, MO, and Tara Callaway (Bret Greenheck) of Joshua Tree, CA; parents Allan and Shelby Callaway of Lake Nebagamon, WI; brothers Tim (Diane) Callaway of Spooner, WI and Dr. Mark (Amy) Callaway of Duluth, MN; and by 7 nieces and nephews. Mike was preceded in death by his grandparents and three uncles.

Mike is also survived by 5 grandchildren, Avery and Brevin Merchant of Sherwood, Michael “Patrick” and Charles Callaway of Wildwood, and Cedar Greenheck of Joshua Tree. Mike loved to take his grandkids outside to run around, get dirty, and ride up on his shoulders. He was a very fun and active grandpa who was adored by all of his grandchildren.

Mike was a wonderfully loving man, husband, father, son, grandfather and brother. His passion for living life to the fullest extent will never be forgotten, and he will be missed beyond words by all of his family and all those who knew him.

The family would like to extend a special thank you to all friends and relatives for the thoughts, prayers, cards, and love sent to each of us. All are invited to attend Mike’s memorial service at the Trinity Lutheran Church in Lake Nebagamon on June 30, 2018.
To order memorial trees or send flowers to the family in memory of Michael Callaway, please visit our flower store.