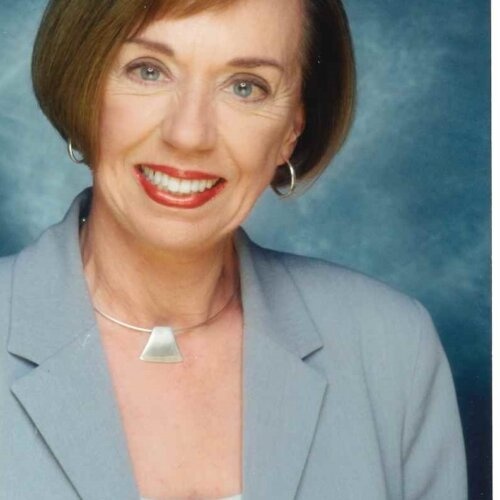 Maureen Umlauf, age 86, passed away peacefully on November 22, 2021. She was born in Pittsburgh, Pennsylvania and graduated from Mount Lebanon High School. She went on to attend and graduate from Penn State University. She and her husband, Tom, moved to St. Louis in 1960 and lived in the Central West End for the past 36 years.

Maureen had a very successful career in public relations and media sales. She was a true trailblazer and was the first woman hired in sales at CBS Television in the late 70’s. She served as the Public Relations Director of The Playboy Club in the 60’s and was a frequent guest fashion commentator on “The St. Louis Hop” and “Corky the Clown.”

She loved fashion, theater and music and frequently attended shows at “The Fabulous Fox” Theater. She was a huge St. Louis Cardinal’s baseball fan and was able to witness several World Series wins over the years. She also loved hanging out with Tom and friends at O’Connell’s Pub on Friday evenings.

She was a devoted mother, grandmother and wife and would have celebrated her 64th wedding anniversary on November 30.

She is survived by her husband, Tom, their daughter Christy Moberly, son-in-law, Michael, son Steve, daughter-in-law Hope Knight, grandson Steven, sister-in-law Joy and nephew Kelly Mason. She was preceded in death by her brother, Herbie Mason and parents Ann and Herbert Mason.

A private family service will be held celebrating Maureen’s life.
To order memorial trees or send flowers to the family in memory of Maureen Ann Umlauf, please visit our flower store.