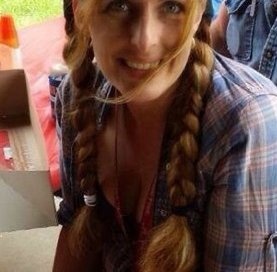 Lindsay Elizabeth Rybenski (nee: Elkin) was born October 31, 1983 in St. Louis, MO and passed away on August 16, 2020 at the age of 36. She is survived by her beloved husband, John D. Rybenski. She was the loving mother of four boys, Triston (18), Carter (14), Wyatt (11) and Dallas (6). She is also survived by her mother and step-father, Donna and Shelby Anderson III, her sisters, Meredith Elkin and Bess Baker; and her brother, Shelby Anderson IV; her mother-in-law, Margaret (the late John C.) Rybenski; brothers and sisters-in-law, and numerous nieces and nephews.

She was preceded in death by her father, Robert Elkin.

Lindsay loved time with her boys and also enjoyed crafting, scrapbooking, and helping out friends.

Her life will be celebrated at a gathering with family and friends at a later date. Memorial contributions may be made to Dallas David Rybenski UFLUTMA in care of Donna Anderson, 628 Bluffs View Ct, Eureka, MO 63025.


To order memorial trees or send flowers to the family in memory of Lindsay E. Rybenski, please visit our flower store.