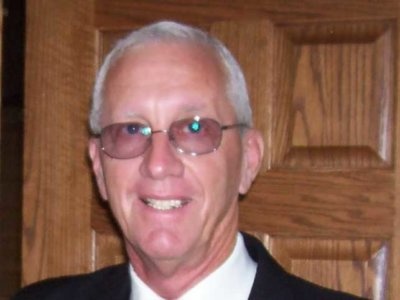 Lee Kuhfuss of Lake St. Louis, MO (formerly of Morton, IL) passed away on February 14, 2019. He was born on February 18, 1946 in Dallas, TX. Devoted husband to Cheryl Kuhfuss, whom he married on April 20, 1974. Together, they had one daughter, Lisa Mueller (Paul). He will be dearly missed by his wife, daughter, son-in-law, and two beautiful granddaughters, Finley and Harper Mueller. During his long illness, his main concern and priority was taking care of his girls. He is also survived by his sister, Pam Yeast, four nieces, and a very special caregiver and friend, Sarah Fedorko.

Lee grew up on a farm and loved tractors but his true love as a boy was airplanes. He dreamed of flying airplanes one day. Lee graduated from University High School in Normal, IL. While he was in high school, he helped his uncle build a 9-hole golf course in Minier, IL. He continued on to the University of Illinois to study aeronautical engineering. After his freshman year, he was drafted and quickly joined the Air Force. Lee took a test and, after testing highly, was selected to attend the Defense Language Institute in Monterey, CA. He learned Mandarin Chinese in one year and was an interpreter on airplanes during the Vietnam War. During his time of service, he was able to fulfill his lifelong dream of flying and earned his private pilot’s license. After serving his country faithfully, he returned home and finished his engineering degree at the U of I. Upon graduation, he took a job with Caterpillar Tractor Company and spent 32 years there. During his time at Caterpillar, he returned to school and received his M.B.A. from Bradley University. After Lee’s retirement in 2004, he and Cheryl enjoyed spending winters in Florida. They created many memories and made good friends during their time there. Also, in his retirement, he and Cheryl managed the golf course he had helped to build. They loved to golf in their spare time.

Lee was exposed to Agent Orange in Vietnam and, as a result, was diagnosed with Parkinson’s Disease. He suffered for many years and was strong and loving through his illness. He wanted to be Papa to his granddaughters more than anything and, unfortunately, the illness stole that from him. His girls were his number one priority and they could feel his love until the very end. He was deeply loved and will be missed forever.

Memorial gifts may be made to Honor Flight Network, Attn: Meredith Rosenbeck, 175 South Tuttle Road, Springfield, OH 45505 or online at www.honorflight.org.
To order memorial trees or send flowers to the family in memory of Lee Kuhfuss, please visit our flower store.