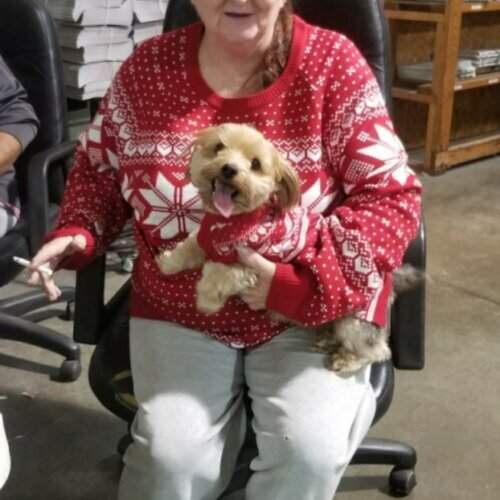 Judy was born on Monday, July 1st, 1963 in Los Angeles County, CA, and later moved with family to St. Charles County, MO where she was a lifelong resident. Judy enjoyed life surrounded by her family and grandchildren whom she loved more than life itself. Just a few of the things she enjoyed were boating, riding four wheelers with her grandchildren, in addition to taking them along with her on her paper route. She also had a little sidekick named Dixie (puppy) who went everywhere with Judy. Judy was always lending a helping hand when loved ones were faced with challenging times, and always gave supporting advice.

Memorials may be made in Judy’s name to organization of Donor’s choice.

To order memorial trees or send flowers to the family in memory of Judy Ann Shives, please visit our flower store.