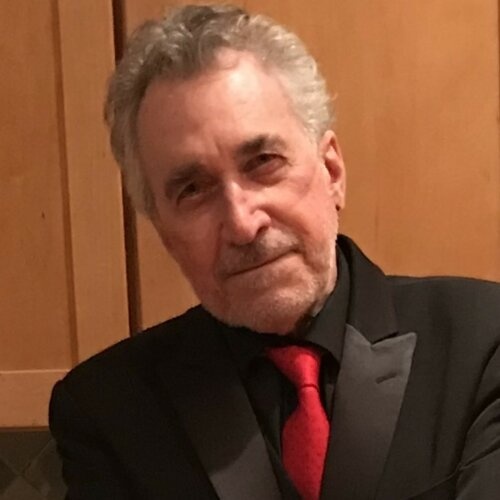 John (Jack) Patrick Burke peacefully floated to the heavens on March the 2nd 2022.

Jack was born in Chicago, Illinois and attended Quigley seminary. After leaving the seminary, Jack came to St. Louis and attended St. Louis University where he earned his Ph.D. in Sociology.

Jack married Sara Burke in 1987 and they had a joyous and magical life together.

He leaves behind his partner: Sara Burke, his sisters: Mary Burke, Cathy Burke (Vince Russo) and James (Jim) Burke, his nephews: John Russo and Jesse Russo , His niece and goddaughter Zoey Russo who was the light of his life. He is also survived by an uncle: Denny Joerger (Elise),his brother in law Steven Sobiek (Wayne Graff), and special family members: Anne Gallagher, Mack Bodie, Gigi Bodie and Grace Leonard.

Jack co-founded the Katherine Dunham Fellowship to aid in diversifying the arts along with his wife, Sara and he considered the Dunham Fellows to be his extended family.

Jack was a professor for 41 years at Harris Stowe State University. His love for education never wavered. Jack considered his years at Harris Stowe State University to be some of the most inspiring and fulfilling experiences of his life. After retirement, Jack joined the Board of Lift for Life Academy, a charter school located in downtown St. Louis. Jack devoted his time, energy and resources to Lift for Life Academy both as a member of the Board and as President of the Board. He was born to be a teacher. He also loved the arts and was an ardent supporter.

Jack and Sara traveled the world together and created a universe of international friends and family. In his later years Jack’s health challenges never interfered with his joy of life. He was courageous and brave both in life and in death. His wisdom, humor and compassion will be missed by so many of us.

There will be a Zoom Celebration of life on May 7th at 3 p.m. A link will be sent to invitees.

In lieu of flowers please consider a donation to: Lift for Life Academy. www.liftforlifeacademy.org
To order memorial trees or send flowers to the family in memory of John “Jack” P. Burke, please visit our flower store.