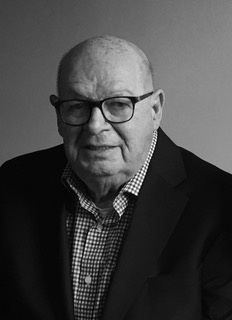 Jerry Charles Brown, 90, entered the church triumphant on January 1, 2022. Born on August 29th, 1931, in Cape Girardeau, Missouri, Jerry worked from an early age, sweeping floors in his father's barber shop, delivering papers, and delivering groceries from Merhle's Grocery. Throughout his life, Jerry was an exemplar of the Protestant work ethic driven by a sense of duty and responsibility. He served in the Missouri National Guard for ten years. In 1950, he began a twenty-year career with J.C. Penny Company, rising to the level of store manager in Louisiana, MO. In 1970, he transitioned to a 24-year career with Ameren (previously Union Electric) where he retired as District Manager. In both Louisiana, MO and Mexico, MO, Jerry served both church and community with energy, intelligence, imagination, and love. An ordained elder in the Presbyterian Church, Jerry served on the Sessions of First Presbyterian Church, Louisiana, MO, First Presbyterian Church of Mexico, MO, New Hope Presbyterian Church of St. Charles, MO, and the Presbytery of Missouri Union. Jerry served as President of the Rotary Clubs of Louisiana and Mexico; was awarded the Silver Beaver Award by the Great Rivers Council of the Boy Scouts of America; chaired the boards of the Handi-Shop, The United Way, and The Mexico Chamber of Commerce; served on the board of Audrain Medical Center; and was honored with the Charles R. Stribling Community Service Award by the Mexico Chamber of Commerce.

He is preceded in death by his parents, John and Lydia Brown; his sister, Dorothy Herbst; and his twin brother, Jack Brown. He is survived by his wife of 68 years, Jeanne Goodwin Brown; his daughter, Lisa Marsh (Dick); his son Matt Brown (Donna); four grandchildren, Tim Marsh (Amy), Laura Marsh, Noah Brown (Emily), and Seth Brown (Liza); and one great-granddaughter, Phoebe.