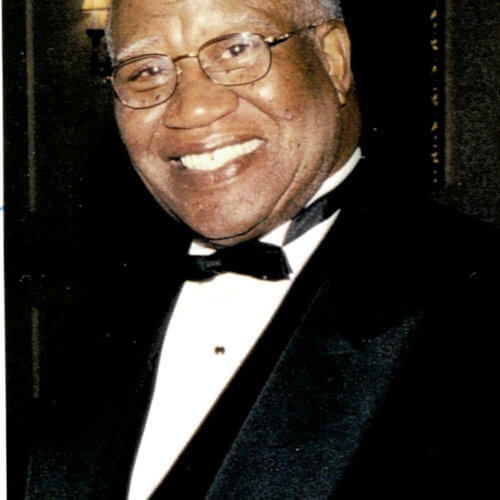 James Peter Lewis, 93, passed away peacefully on May 8th from complications of a stroke and Alzheimer’s. James was educated in the Alton School system, graduated from the Lovejoy School in 1939 and was a member of the Class of 1943 at Alton Senior High in Alton IL. He was a World War II Navy veteran, serving in the Philippines and the Navy band. “Peter” Lewis, as he was known by his classmates, grew up and lived in Upper Alton until relocating to St. Louis in 1980. He graduated in 1951 from Tuskegee Institute, and married his college sweetheart, Dorothy Arnold, in the same year. James continued his education at St Louis University - Parks Air College in 1961, becoming its first African American graduate and gaining employment as the first African American mechanic at Lambert Field. James retired from TWA in 1991 after working for the airline for 31 years. Following his retirement he served as a docent for the airline for classroom and college students. James loved to travel and rehab cars and was a devoted husband, father, grandfather, uncle, cousin and friend.

He was preceded in death by his parents, William B. and Ethel A. Lewis, who were Alton educators as well as his brother Benton Lewis, sister Mabel (Eudell) Bradshaw and son Michael James Lewis.

In lieu of flowers, the family asks for donations to Saint Louis University, Pioneers of Inclusion Scholarship Fund in memory of James P. Lewis, DuBourg Hall, Room 319, 1 N. Grand Blvd, St. Louis, MO 63103. A memorial service will be held at a later date.
To order memorial trees or send flowers to the family in memory of James Peter Lewis, please visit our flower store.