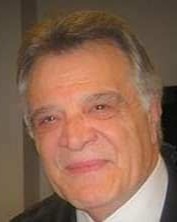 Jim was born in St. Louis, MO and graduated from CBC High School. His education continued on to St. Mary’s College, receiving a B.A. in Religious Education and a Master’s in Education and Counseling. He then received a Master’s of Arts in Theology from Manhattan College.

Jim was a Christian Brother from 1958 to 1973. From 1973 to 1978 he served as a policeman and detective for St. Louis County Police Dept. Jim also worked in various business enterprises, including hotel management in St. Louis, and Slush Puppies in Florida. About 1984, Jim entered the cell phone business in Beverly Hills, CA during its infancy, and from 1993 to 2003 Jim enjoyed his PBS career, where he located talent and developed programming for national PBS music specials. Jim returned to St. Louis in 2003 to care for his mother, and worked for the Treasurer’s Office of the City of St. Louis until 2013.

His vibrant personality, and ability to befriend everyone he met, will be missed by all who knew and loved him.

In the upcoming weeks, there will be a Celebration of Life Memorial Service held at CBC High School, where Jim gave much of his time and talent to the alumni class of 1958.

To order memorial trees or send flowers to the family in memory of James L. Mittino, please visit our flower store.