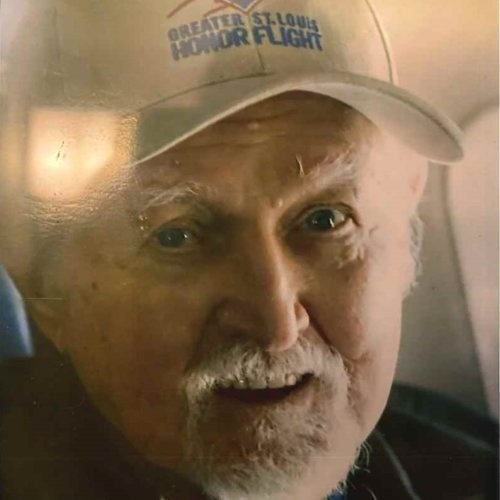 Henry was born on March 23, 1929 to George and Katherine Stillman. He graduated from Riteneor High School. In 1948 he entered the United States Navy. He served aboard the Lyman K Swenson DD729 during the Korean War. His ship was one of the six Sitting Ducks that sat in Inchon Bay prior to the invasion. on June 12, 1952 he married Jane E. Labeau and was married to her for 49 years before her passing in the 2002. He retired from McDonnell Douglas in 1990 after 34 years.

Hank loved attending his family reunions every year and when asked how he was doing, he would reply, “I’m ornery, mean, cross, and cranky.” He also enjoyed the yearly fishing and hunting camps with his family. One of his favorite moments was on April 28, 2018 when he was on The Honor Flight, he stated that was his favorite trip.

Hank was a proud member of the Lyman K. Swenson DD729 association and loved attending the yearly reunion and visiting with his Navy family.

He loved playing Texas Hold’em with his Hazelwood family and looked forward to the 1st Friday of the month.

Due to COVID restrictions, burial at Jefferson Barracks will be held in the Spring.
To order memorial trees or send flowers to the family in memory of Henry R. Stillman, please visit our flower store.