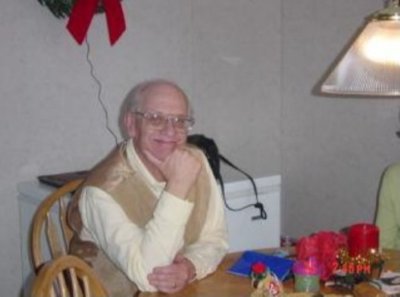 Henry was a lifelong resident of St. Louis, Missouri. Born to Margaret A. (Long) and Henry Freddie Luethans. Henry joined the Army in March of 1953, where he completed basic training at Camp Roberts, CA., then transferred to Ft. Lewis, Washington during the Korean War. He served there for 2 years as a Supply Records Specialist and received the National Defense Service Medal. He was released with an Honorable Discharge in March of 1955 with the rank of Private 1st Class, and from there served an additional 8 years in the Army Reserve. He was employed by General Automotive for many years until retirement.

Henry was joined in marriage to Genevieve Elinor Mohr of St. John, Missouri on June 8th, 1957 at St. Gregory the Great Catholic Church. He is survived by his two children, Linda Theresa Hamblin (Michael) of St. Charles, MO and a son, James William (Janine) of Foley, MO, 3 grandchildren, Steven and Danny DuBois, and Jessica Luethans, and two great grandchildren, Hailey and Hayden DuBois.

He will be greatly missed.

To order memorial trees or send flowers to the family in memory of Henry N. Luethans, please visit our flower store.