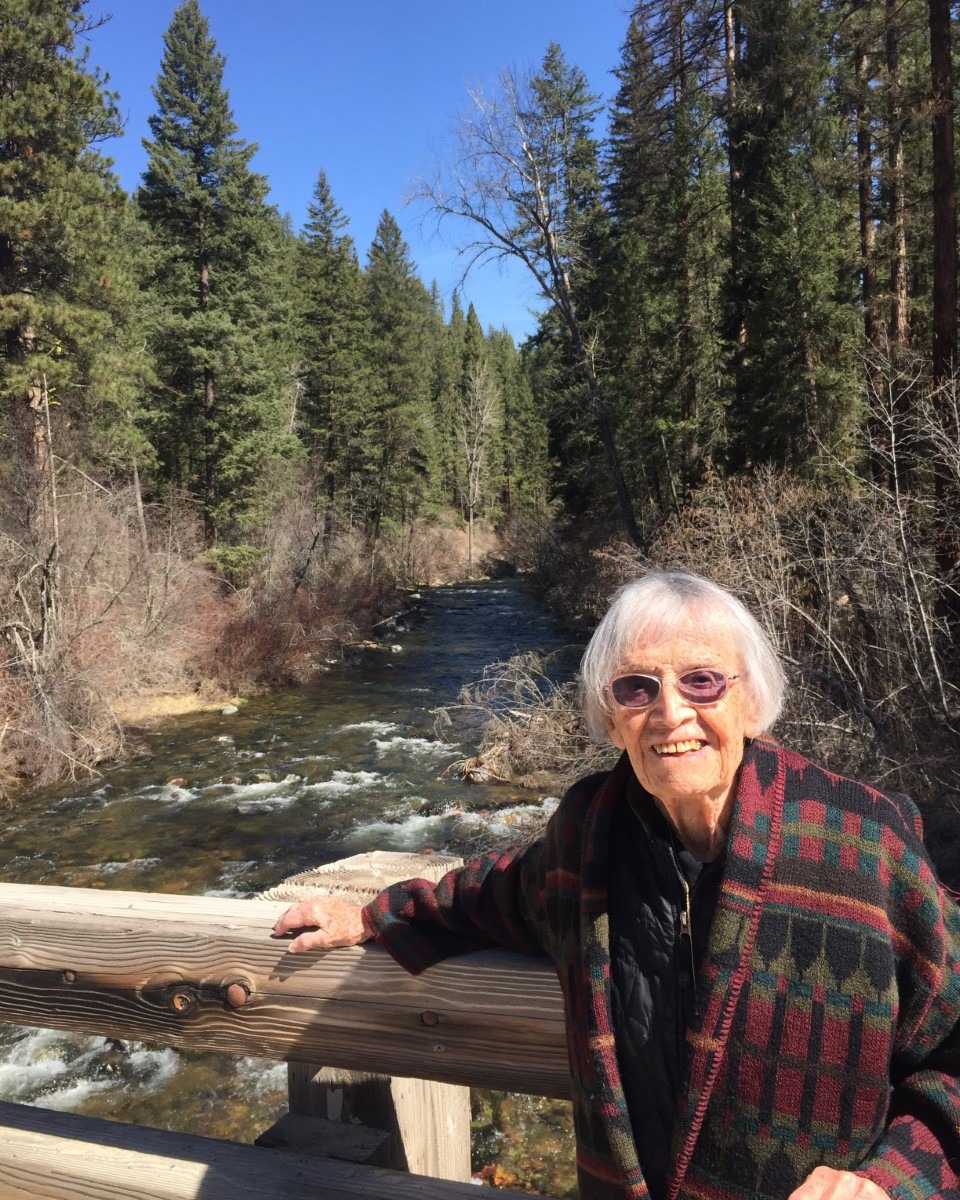 Gertrud Lackschewitz, who passed away on the 25th of November, 2022, was a long-time professor of German at the University of Montana and an immigrant from Germany (1954) with a Ph.D in History and German Language and Literature.

She was born in 1923 in Gelsenkirchen, then the hub of West Germany’s coal industry, as the daughter of Hugo and Lilly Degenhard. She graduated from high school in the suburb of Buer in 1941. Her cherished childhood memories include the vacations at her mother’s ancestral home in Zell/Mosel, where she could explore the vineyards and old castles and hike the deep woods of the Eiffel Mountains.

She was 16 when war began, a war which altered everyone’s life. Several years of mandated work service delayed her 1943 entrance to the University of Berlin. She remembered 1943-1944 as a fascinating and troubled time when the city was under frequent bombing.

Drafted into war service in the fall of 1944, she found herself as a map clerk in a military unit at the Russian front in Poznań (now in Poland). There she met Klaus, whom she would marry 10 years later. He was taken as a prisoner of war when the Russians over-rolled the German lines.

Bombed out and evacuated, Gertrud’s mother and the younger family members survived the end of the war on a hospitable farm in Westfalen, where Gertrud and her sister joined them to immerse themselves into the healing rhythms of farm work.

Gertrud completed her university studies during the years 1948-1954 in Tübingen and then Göttingen.

Klaus had emigrated in 1952 and was managing a long neglected farm in New Jersey. Gertrud joined him in the U.S. after finishing her doctoral exams. They were married in New Jersey on October 25, 1954.

The first six immigrant years, 1954-1960, were hard. A highlight was Gertrud’s work at the New York Public Library’s Local History Department, cut short by her pregnancy in 1959.

An article in the Atlantic Monthly by an English professor who spent a year at the University of Montana kindled the wish to go west. In September of 1960, Gertrud, with baby Anna in tow, arrived by train in Missoula – and thought she was in paradise! Never did she have any regrets. Both she and her husband found the focus of their life’s work here. In 1962 their second daughter, Elisabeth, was born.

She expanded her designation as a German professor into humanities classes on cultural history, folklore, Faust, etc. and embarked into research on German immigration to Montana (the results of this research are found in the University of Montana Archives).

Ever since moving to the Rattlesnake in 1969, she enjoyed solitary hikes into the surrounding mountains. She accompanied her husband on plant-collecting trips, and after his passing in

1995, kept his legacy of gardening alive at her home. In the summers her house was a hospitable place for visitors from her homeland.

After retirement she chaired the Montana Friends of Jung Society and then the Missoula Chapter of the Montana Native Plant Society. She studied, practiced, and taught complementary healing methods such as Reiki.

She learned Spanish and frequently travelled with friends to Mexico to stay in Native American villages that had preserved their cultural and artistic traditions.

Donations in memory of Gertrud can be made to the Montana Native Plant Society:  mtnativeplants.org

To order memorial trees or send flowers to the family in memory of Gertrud Lackschewitz, please visit our flower store.