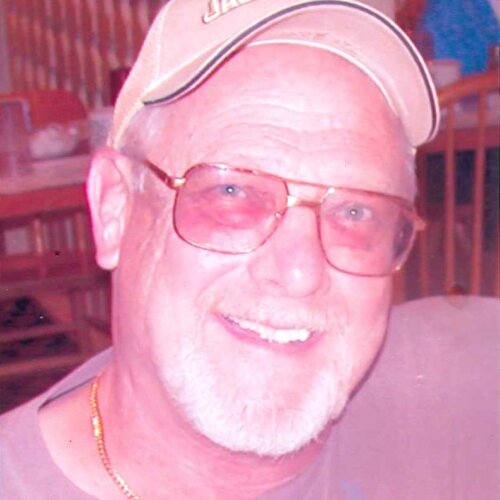 Wayne was born on October 9, 1946, in Saint Charles, Missouri, and graduated from Saint Charles High School in 1964. He proudly served in the Missouri Air National Guard from 1965 to 1971.

Wayne met the love of his life, JoAnn Nadler, in 1963, and they were married at Saint Charles Borromeo Catholic Church on January 8, 1966. Wayne and JoAnn were happily married for 56 years and were parishioners of Saint Robert Bellarmine Catholic Church.

Wayne worked as a drywall taper for West County Drywall and Chuck E. Blackburn Drywall Inc. before retiring due to disability at the age of 52. Wayne absolutely loved watching JoAnn play steel guitar with several bands around Saint Louis and Branson, Missouri. He also enjoyed spending time with his family and friends, camping and travelling with JoAnn in their RV, fishing, hunting, playing pool, and feeding and talking to the deer that would visit their backyard.

Wayne was preceded in death by his parents, Floyd and Margaret Kreder; his father and mother-in-law, Vernon and Olivia Nadler; and sister-in-law, Judy Shirrell.

Wayne was dearly loved and will be greatly missed by all who knew him. To celebrate his life, there will be a visitation on Saturday, March 26, 2022, from 10:00am – 11:00am with a Funeral Mass starting at 11:00am at Saint Robert Bellarmine Catholic Church. There will be a luncheon at the church immediately following the mass for family and friends.

The family of Wayne Kreder wishes to thank the wonderful staff at SSM Health Saint Joseph Hospital – Saint Charles – the Intermediate Care Unit for their compassion and genuine kindness. Their professionalism and exceptional care were greatly appreciated. We cannot thank you enough for going above and beyond for Wayne and our family.

In lieu of flowers, memorial donations may be given to the Lupus Foundation of America either by phone (202-349-1155), online by clicking the donate button on www.lupus.org, or by mail at:

Washington, DC 20037
To order memorial trees or send flowers to the family in memory of Floyd Wayne Kreder, please visit our flower store.