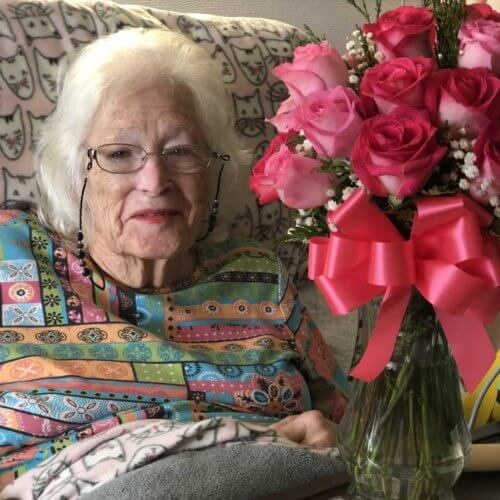 A memorial service for Nora Evelyn Odom Perry of Elsberry will be held at 11:00 am, Saturday, December 29, 2018 at Edgewood Baptist Church at 21224 Hwy. WW, Bowling Green, MO 63334. Pastor Allen Lockard of God's House of Ministry will officiate.

Evelyn, 84, passed away Tuesday morning, Dec. 18. 2018. at the Elsberry Health Care Center near Elsberry. Evelyn was born Dec. 8, 1934 in Thomaston, GA, and grew up in Decatur, AL, the daughter of Clifford Henry and Reba Grace Lunsford Odom. She was a graduate of Decatur City Schools and attended the University of Alabama and Auburn University, graduating later from Calhoun Community College in Athens, AL, with her degree in nursing.

Evelyn was united in marriage on August 27, 1955, to Bobby Dean Perry of Cullman, AL, to whom she was married for 53 years. This union was blessed with 3 daughters, Jennifer, Kimberly, and Laural, and one son, Clint. Evelyn was a wonderful stay-at-home mom until earning her RN. She worked in several hospitals and nursing homes across the country. At the time of her retirement, she was the Director of Nursing for Elsberry Health Care Center, her home at the time of her death.

Evelyn enjoyed traveling with her husband, sewing and quilting, gardening, and spending time with family and friends. She was the grandmother of 10 and enjoyed spending time with and spoiling them.. When poor health forced her to leave her home, she enjoyed her caregivers in the same way.

Evelyn was preceeded in death by her parents, Clifford and Reba Odom, 2 brothers, Jimmy and Ray Odom, her beloved husband, Bobby, and her cherished youngest daughter, Laural Grace Perry Crabtree.

Visitation will be from 10 to 11 am at the church on Dec. 29, followed by the memorial service. Memorials may be made to the OCC ministry of Edgewood Baptist Church or Joseph R. Palmer Memorial Library of Elsberry, MO.
To order memorial trees or send flowers to the family in memory of Evelyn Perry, please visit our flower store.