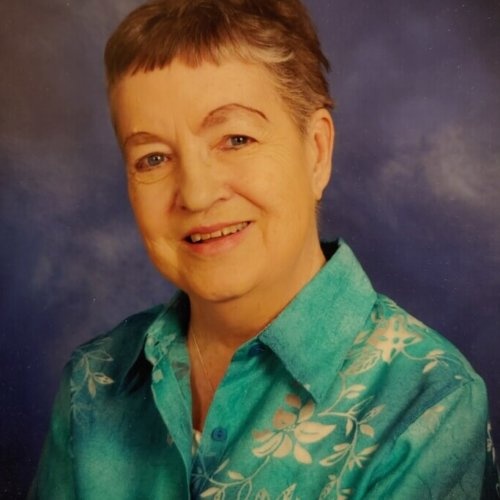 Eunice was married to Dr. Marvin C. McMaster on April 15, 1962 in her hometown Methodist church in Neligh, Nebraska. They were in love for 57 years.

She is survived by her daughter, Melissa McMaster, in Kansas and by her brother, Ron Welch, in Alabama. Eunice joins her parents, Harvey and Ruth, her 2 brothers, Jim and Donald and her two children, Christine Lynn and Christopher Allen in Heaven.

Eunice has an RN degrees from Bryan Memorial School of Nursing in Lincoln, Nebraska and a BS in Nursing from Nebraska Wesleyan University in Lincoln. She also had a Ph.D. in Sarcasm and a very dry sense humor. Every one was convinced she was twenty years younger than her actual age, which she did everything to encourage. She delighted in decorating her house for Christmas, her birthday.

She worked in nearly every field in nursing for 58 years crossing the United States from Delaware to Denver, Florida to Chicago. For the last 25 years she worked as a Home Health Nurse in St. Louis. She saw patients 3 weeks before her death for Mediplex. She truly had the heart of a caring, loving nurse.

In lieu of flowers the family requests that donations made to the local Muscular Dystrophy Association.

- MCM , MLM
To order memorial trees or send flowers to the family in memory of Eunice E. McMaster, please visit our flower store.