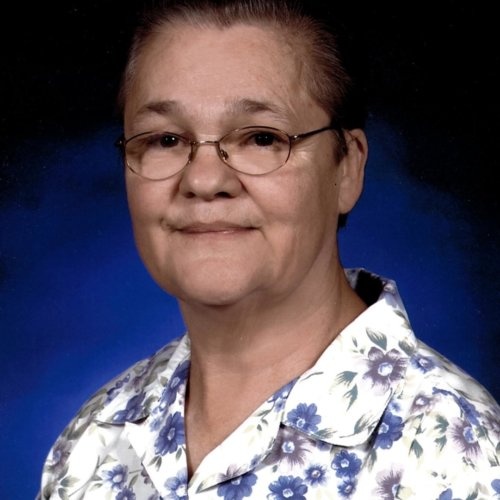 Marge was born in Rolla, MO on October 7, 1937.  Her family moved to St. Louis, MO in the 1940s where she graduated from Hadley Technical High School in 1956 specializing in Bookkeeping.  She spent many years working as a waitress starting as a carhop at age 13 at Irv’s Drive-In in St. Louis.  She and her first husband, Boyce McCalmon, owned Mac’s Café in Sullivan, MO for several years.  She also waitressed at Universal Restaurant, Quality Inn and Schnucks Station Restaurant—all located in St. Louis.  She retired for a year to spend more time with her second husband, Durell Locke, and after his death returned to work at Globe Drug Store in St. Louis then moved to St. Charles, MO, where she worked at Grandpa Pigeons, Value City and Lowes before retiring for good at age 70.

Marge had a deep belief in God and was baptized in 1959.  She loved children and spent many years leading them to Jesus as a preschool Sunday School teacher, AWANA leader and VBS helper in St. Charles.

Marge lived her life as a walking contradiction.  She hated housework but spent every Saturday fumigating her home with Pine-Sol. She dressed very casually but ironed everything with creases so sharp they could cut diamonds. She read her Bible and Harlequin Romance novels with equal fervor.  She loved animals—as long as they weren’t in her house.  She was the most frugal person on the planet but would literally give someone the coat off of her back if they didn’t have one.  She hated television but watched the 5:00, 5:30 and 6:00 news every evening. She didn’t allow any sass from her children but was the sassiest and feistiest person anyone ever knew.  Besides her family, her loves were hot tea, Jif creamy peanut butter and hard stale candy orange slices purchased at Globe Drug Store.  Marge believed in “self pay all the way” and would be so proud of herself for her advanced planning in paying for her own care up until the very end.

There will be no funeral service or memorial service per Marge’s wishes.  She will be interred at Jefferson Barracks National Cemetery.

In lieu of flowers memorial donations may be given to the Alzheimers Association and to St. Jude Childrens Research Hospital.    The family of Marge Locke wishes to thank the wonderful staff at Gardenview Care Center of O’Fallon for the amazing care Marge received for 5-½ years and BJC Hospice for helping to make her last few weeks more comfortable.
To order memorial trees or send flowers to the family in memory of Edna Marguerite “Marge” Locke, please visit our flower store.