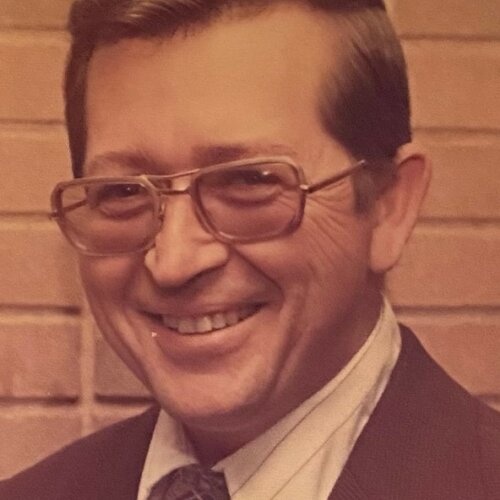 Donald J. Todd passed away at the age of 87 on February 14, 2022. Don was known to be a family man. A son to Lee and Grace. A brother to Helen, Maxine, Charlie, George, Bob, and Billy. A husband to Mary Jo. A father to Jody and Matt, and finally, a grandfather to Christian, Abby, and Jesse. Don was loved and adored by his many nieces, nephews, cousins, and friends. Don’s friends and family would call him kind-hearted, funny, and a great fishing buddy. He was the one you could always depend on, whether it was to light up the room with his jokes, or to come over and help you change a tire.

Don was born on December 8th, 1934. He spent four years serving the country in the United States Marine Corps. On September 6th, 1958, he and Mary Jo were married. Don and Mary Jo had their daughter, Jody, in 1966 and their son, Matt, in 1971. Don spent a lot of time at the family lake house in the Ozarks teaching his children and later his grandchildren how to fish. For many years, Don would pick up Christian, Abby, and Jesse from school every day and make sure they got home. He would often take them on after-school adventures to the park or treasure hunting at Goodwill.

Don will be missed by many. Forever in our hearts.
To order memorial trees or send flowers to the family in memory of Donald J. Todd, please visit our flower store.