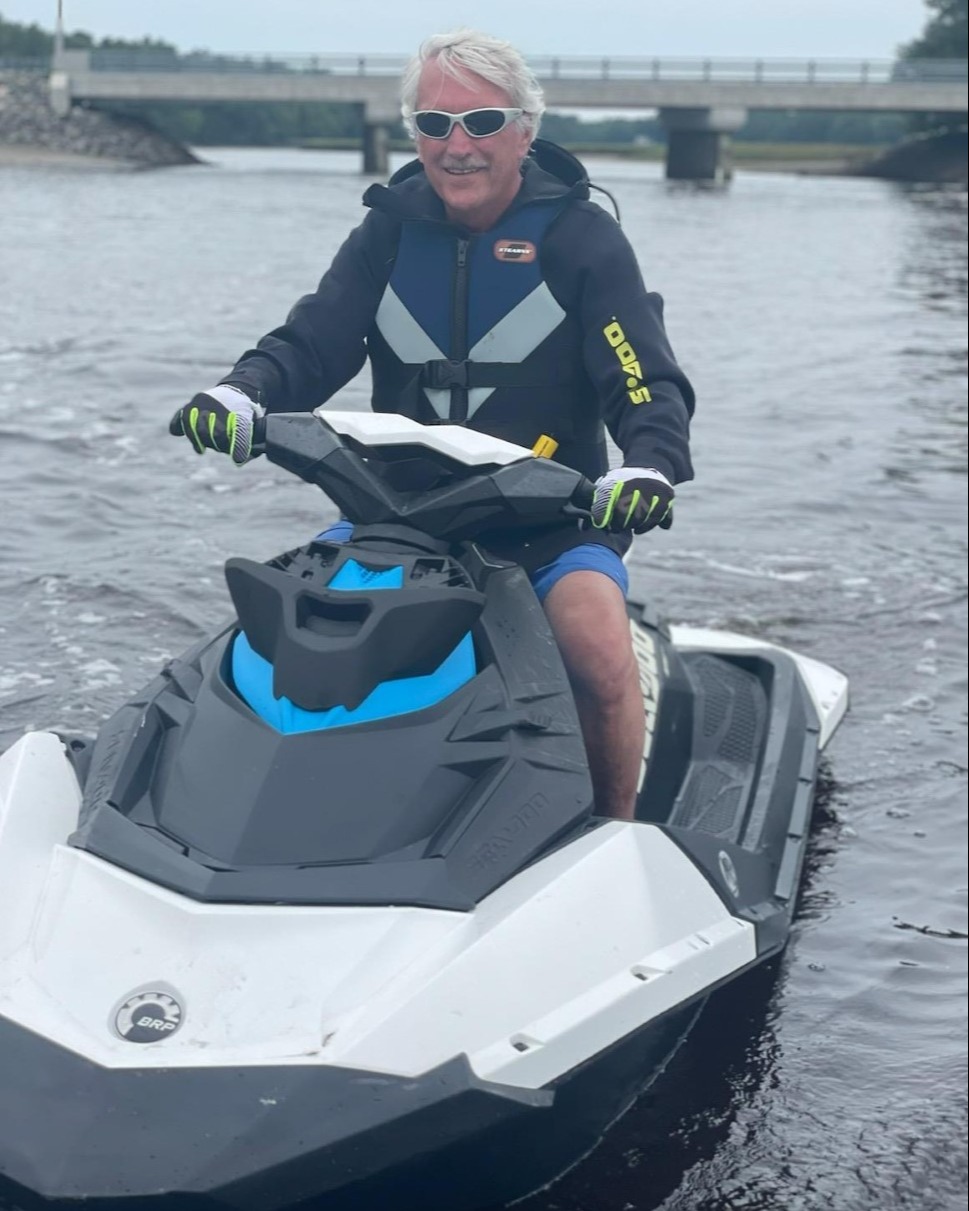 Dennis was born on January 29, 1959, in St. Charles, MO, but grew up in Holiday Shores, IL, where water skiing and boating were his passions. He performed for over a decade in the Holiday Shores Ski Club, competing two years in the US National Ski Club Competition with them. He was proudly a member of the the 3-High Pyramid Ski Team. He also competed in barefoot skiing and other acts.

He was an avid snow skier and scuba diver, and for many years travelled with his family to Colorado for winter skiing and Florida for diving. Dennis hunted with his father and family friends all over the country. He also enjoyed golfing, boating, and his family time.

He graduated in 1977 from Edwardsville High School in Illinois, and has kept close contact with so many friends throughout the years. After high school he attended college for art and architecture, but his family business called him instead. For most of his life he was an owner/operator of gas station/convenience stores in the St Louis and Cuba, MO areas. In 1984 he married Linda Violet Greene of St Ann, MO, and moved to Cuba, MO, until her death in 2011. In Cuba, they raised two lovely daughters, Dessa and Jasmine. Dennis helped the girls learn to raise and show chickens, tend horses, hunt, practice karate, swim, ski, and enjoy the rivers of the area. Yet, Holiday Shores always held a special place in his heart, and he and his family would return nearly every summer weekend to visit the lake he grew up on.

Dennis was preceded in Death by his first wife, Linda Violett Greene, his parents Richard and Barbara Greene, his grandparents Ken & Leona Yount, and his Grandmother Lucille Greene.

On December 29, 2012, Dennis married Margi Cook of Oakville, MO, his sweetheart from youth He moved to Oakville, MO then on to St. Charles and continued his life’s work in the gas business. He and Margi would take many vacations to the beaches of Florida and Mexico, where they enjoyed watching the waves roll in and out and each other’s company! They spent these leisure days deep sea fishing, on a pontoon, and walking barefoot in the sand. They would spend weekends boating, camping, swimming at Mark Twain Lake, and searching the night sky for meteor showers. He was particularly happy behind the steering wheel of his boat especially when showing his grandson, Atticus, how to drive the boat. He also loved hiding Hot Wheels around the house for Atticus to find. Dennis loved and adored his family and he enjoyed and appreciated life to its fullest, even after his cancer diagnosis.

Dennis is survived by his wife, Margi Cook Greene. He is also survived by 4 children, Dessa (Jesse) McClary, Jasmine Meyers, two step-sons Benjamin (Zephyr) Cook, and Andrew (Brooke) Cook and his beautiful grandchildren. Additionally, he is survived by: his uncle, Don Greene, his sister and her husband Cynthia Greene & Andrew Buckley and their son, Ethan Buckley (Marci); Sister-in-law Vicki Bohnenkamp and her son, Bexar Bohnenkamp; mother-in-law, Bonnie Dickenson, step-mother Claudette Apperson, along with many, many friends and extended family.

There will be a private Sea Burial for Dennis.

In Lieu of flowers, please make memorial donations to Hospice’s Evelyn's House, who continues to bring peace and comfort in a time of great need. https://www.bjchospice.org/Evelyns-House

To order memorial trees or send flowers to the family in memory of Dennis Greene, please visit our flower store.