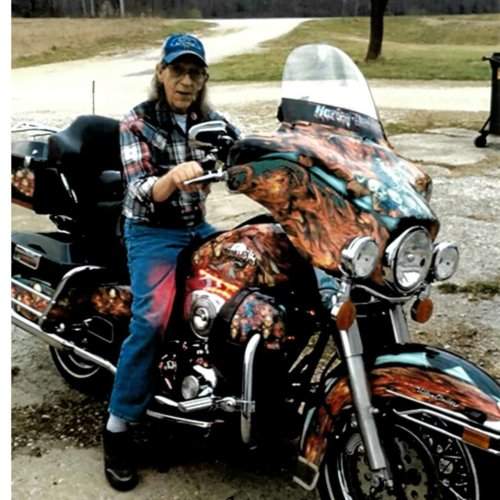 David F Williamson, 75 years old of Winfield, MO at 12:08 pm reunited with his wife Wanda on March 3, 2018. David passed away peacefully at home with family at his bedside. David was married to Wanda Lavy on April 19, 1975 to which they had 2 children, Jennifer Reed (husband Michael) and David C. Williamson (wife Dawn). David was an over the road truck driver, wonderful provider, and husband. He was proceeded in death by his parents Herman Williamson and Maureen Box, his wife Wanda Williamson, brother Herman “John” Williamson and his first granddaughter Kaytlyn Whitford. He leaves behind his son and daughter; grandchildren, Kaleb Whitford, Chenoa and Jeremiah Williamson, Jaelyn and Matthew Williamson, Dominic Lavy, Ryan Reed and Chelsea Reed; great-grandchildren, Kaydence and Bentley Reed; sister Wanda Harris (Larry) and Linda McCarty; brothers Terry Box (Debbie) Ronnie Acup (Terry), and Todd Ingram (Linda); and many nieces, nephews, and great nieces and nephews.

David and Wanda lived in Winfield and owned D & W Autobody, Paint, and Repair. He was stationed in Korea and Germany during his time with the United States Army. David was a wonderful man and a friend to everyone. He always had a sarcastic comment and loved to laugh with family and friends. After his wife’s death on August 4, 2008 David became the glue that held his family together.

To order memorial trees or send flowers to the family in memory of David F. Williamson, please visit our flower store.