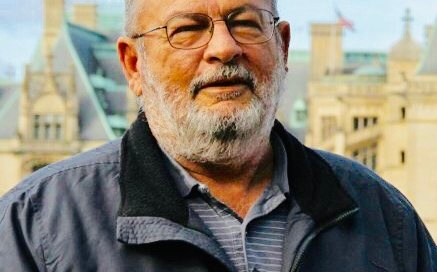 David Earl Woodruff, 71, passed away November 2, 2018 at his home in Wentzville, Missouri.

Dave was born in St. Louis, Missouri on October 7, 1947 to Milton E. Woodruff and Ruth Bunch. After returning from his service in Vietnam, he married and raised four children in Saint Charles where he began working for his father’s company: Belting and Industrial Products. A second career opportunity in real estate sales with Prudential Alliance Realtors introduced him to many dear friends.

Later, he met his wife Rhonda Oelklaus, and the pair were married on August 23, 1991. This marriage added her son to their newly blended family. David possessed a large, caring heart that would shine like a beacon to anyone who had the pleasure of meeting him. Always striving to be a help and support to anyone possible, Dave selflessly cared for his mother-in-law, Carol Oelklaus for the past 10 years just as he cared for his mother, Ruth. Dave never missed an opportunity to dive into a project with both feet, lots of research, and his endless knowledge of all things mechanical. He WAS “that guy” who could fix anything, build anything and make it look easy. Thankfully he has been able to pass along his skills and knowledge to his children and grandchildren.

Dave loved spending time with family and was able to create many cherished memories at the Lake of the Ozarks, the river, on vacations, and at family gatherings. His smoked turkey was legendary, and anyone will tell you that it’s the best they’ve ever had.

Dave will be best remembered by his wife, Rhonda; his children Ben (Raegan) Woodruff, Emily Woodruff, Paul (Starr) Woodruff, Laura Webb and Jesse (Renee) Vierling; his sisters, Ruth Ann (Gary) Baker, Patricia (Gene) Parker; and his beloved grandchildren, Emily, Morgan, Olivia, Gavin, Josh, Cohen, Grayson, Camille, Mason, Madelyne, Josiah, Gaige, Caiden, and Paiton. He was preceded in death by his parents Milton (Bud) and Ruth Woodruff and an infant sister Peggy Joy. Dave was especially close to his “brother”, Kevin Schriewer. He will be also be missed by many cousins, two nieces, and one nephew.

A celebration of life will begin on Sunday, November 18th from 1:00p.m.-4:00 p.m. at the Lewis & Clark Boat House and Nature Center located at 1050 S. Riverside Drive, Saint Charles, MO 63301. A meal will be served immediately following at a location to be determined. The family is looking forward to meeting and connecting with friends and sharing David’s life and his story.

In lieu of flowers, the family is asking for donations to the following charities: St. Charles County Family YMCA https://www.gwrymca.org/support-y select "tribute" or Love A Golden Rescue: PO Box 27621 St. Louis MO 63146 . Donors may also make donations to a charity of their choice.
To order memorial trees or send flowers to the family in memory of David E. Woodruff, please visit our flower store.