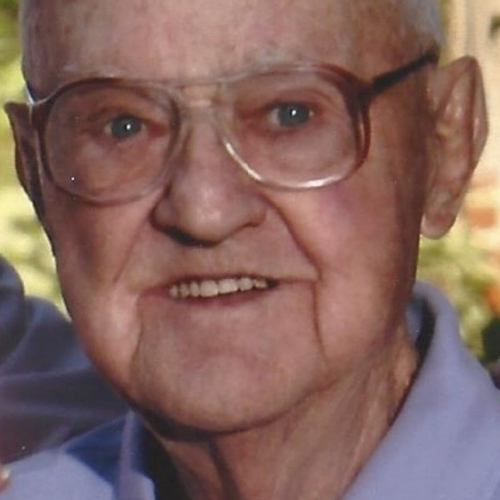 Charles was born on February 21, 1926 in St. Louis, Missouri.  He served in the U.S. Navy during WWII in the South Pacific.  A dedicated, hard worker, he retired at the age of 80.

Charles and Verla Simpson were married on October 14, 1950 and would have celebrated their 70th wedding anniversary this year.  He is survived by his wife, daughters, Linda Sullivan and Diann (Al) Valenti, grandsons, Matt (Stefanie) Bell, Connor Valenti, and great-granddaughter Ruby Bell.

He is preceded in death by his six brothers and three sisters and was the last of his siblings.  An honorable and loving man, regardful of others, he was a dear brother-in-law, favorite uncle and loyal friend to many.

A private service will be held at Jefferson Barracks National Cemetery in the near future.  In lieu of flowers, the family suggests donations to Solace Hospice Care or the Lutheran Senior Services Foundation.
To order memorial trees or send flowers to the family in memory of Charles R. Sullivan, please visit our flower store.