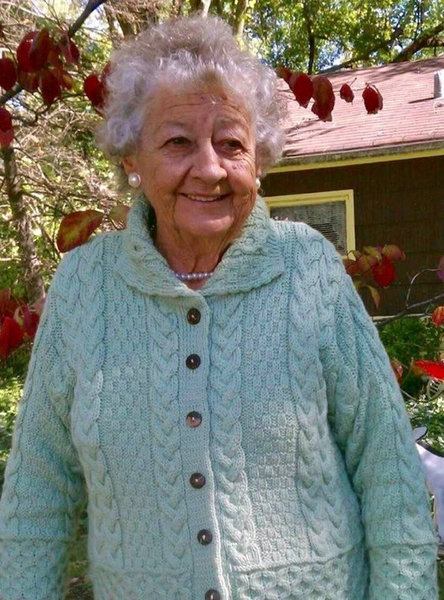 Catherine (Raftery) McWilliams, well known as Kay, passed away peacefully at home on February 22, 2020. She was predeceased by her Husband John McWilliams and Daughter, Anne Marie McCarthy. Kay emigrated from Moylough, County Galway to Boston MA in 1949 at 16 years of Age. She made the long journey across the sea alone. She met her 1st husband, Dennis McCarthy, who passed away June 20th, 1996. They had 5 children, Kathy, Maureen, Anne Marie, Christine & John. She later married John McWilliams (Big John), and in 1968 with 6 children in tow, including Big John’s son  , (Johnny McWilliams) they headed West and Landed in St. Louis. Kay & Big John were instrumental in helping to get the 1st St. Patrick’sDay Parade started in Downtown St. Louis, as Kay wrote to the Chamber of Commerce inquiring why we had no parade on St. Patrick’s Day like she was accustomed to in Boston . The rest is History. The following year there was a parade, very small, butit was the beginning of a long tradition that gets bigger every year.


Kay was very involved with Irish Dancing schools in St Louis. She worked with dance teachers Mary Mayer of Chicago and Valerie Hazelton of St Louis to promote Irish Dance. She entered the dancing schools into the parade each year and won several awards along the way .  Big John was chief designer of the floats but it was her spirit that drove the whole process. Her heritage was a huge part of her life and anyone that has ever been to her home would immediately see that.

Kay was also great friends with Mary Clarkson who taught at St James for many years and also has her own Irish Dance School   Kay would read books occasionally to Mary’s 1st grade students.

Kay and Big John along with Martin and Kathleen Kelly started the   “Young Ireland Club”.  Kay was also a dear friend of PJ and Helen Gannon of St Louis Irish Arts. They would travel together to many Irish Feis”(Irish Dance Competitions) back in the day. Kay and Big John were instrumental in organizing the first Irish Feis in St Louis.

Before she died she was having many dreams of her home in Ireland that were very detailed and vivid in her mind.   We are very sure that her soul is soaring above her beloved Galway Bay and the fields of Moylough in Ireland!

Funeral Mass will be held at St James the Greater Church in Dogtown  6401 Wade Ave  St Louis Mo 63139  at 11 am Tuesday March 3rd   Doors open at 10 am to visit with family.    Her wishes were to be cremated and then buried with her husband at a ceremony on a later date.

In lieu of Flowers Donate to The Franciscan Friars of the Atonement  https://www.atonementfriars.org/


To order memorial trees or send flowers to the family in memory of Catherine T. McWilliams, please visit our flower store.