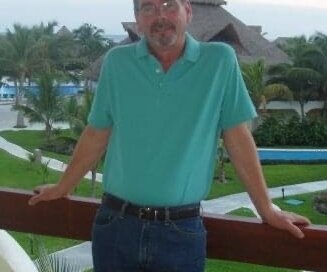 Brian Keith Trombley , age 64 of Saint Peters, Missouri went to be with the lord on Sunday December 12th,2021, in Saint Charles Missouri. He was born in Trenton Michigan on May 31, 1957 to Louis and Carol Trombley

Brian was best known for his salesmanship. He was an amazing salesman who helped so many people. Brian had more to offer customers than an exciting sales pitch he was enthusiastic and he took the time to get to know his customers’ needs, and he did it with true confidence.

Brian was an honest, non-judgmental man who accepted everyone as they were, and always seen the positive in every situation. He was an active member of the Saint Peters Jaycee’s for many years. He loved Cooking and playing with his grandkids, he enjoyed watching Hallmark movies in his spare time and his true passion was Gardening.
Brian is survived by his 3 brothers and 2 sisters as well as his Daughters Jennifer Trombley of O’Fallon Missouri and Tammy McKay of Macon Missouri, Grandsons Jordan Eller, and Dakota Barnett, and Granddaughters Jasmine Hampson, and Stormy McKay.

He was preceded in death by his Mother, Carol Trombley and Father Louis Trombley

There will be a celebration of life being held sometime in January. Details will be released when everything is finalized.

In lieu of flowers, donations may be made to the family to help with final expenses to: