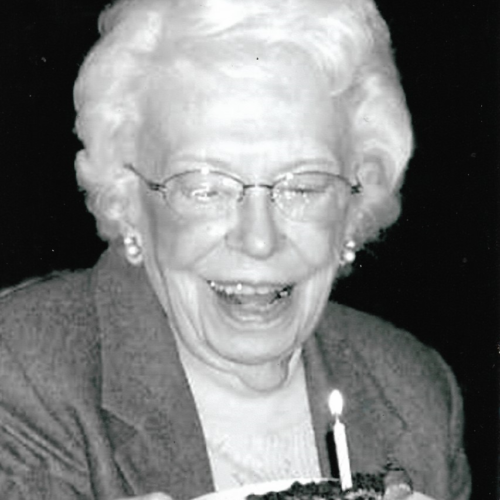 Betty was born at home in Saint Louis, Missouri on February 24, 1926. She spent her early childhood in North Saint Louis City, attended Ashland Grade School before her family moved to the City of Overland. Betty graduated from Ritenour High School and continued on with trade school before beginning a secretarial career. Betty worked as a secretary, library assistant, and department store sales associate, enjoyed family and friends to the fullest, and was a very active member of Mizpah Presbyterian Church, then as a member of John Calvin Presbyterian Church.

Memorial donations may be given to John Calvin Presbyterian Church, 12567 Natural Bridge Road, Bridgeton, MO 63044
To order memorial trees or send flowers to the family in memory of Betty Walz, please visit our flower store.