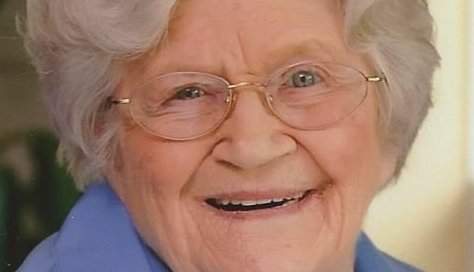 A life long Saint Louis area resident, she attended Blewett High School and worked as Secretary for Lincoln Engineering before marrying Gerard in 1949. They were married 57 years. From 1951 to 1961 she had 5 children. She was an original and active member of St Thomas Moore Parish where she was Principal of the Parish School of Religion, started and ran a Learn to Swim Program and Chaired the Card Party with her best friend Dorothy Vocks. She was a devoted Mother and Wife. She was very active with the Blewett Alumni attending and helping to organize many reunion events, which Gerard wryly called the perpetual reunion. When her children were grown, she returned to work as a secretary at Normandy Hospital and later at Normandy Junior High. Her retirement was enjoyed in St Charles County with her family, friends and neighbors.

Mass at 10 AM on Saturday February 24, 2018 at All Saints in Saint Peters. Reception to follow at Spiros in Saint Charles.

In lieu of flowers gifts to Forest Park Forever appreciated
To order memorial trees or send flowers to the family in memory of Betty Faust, please visit our flower store.