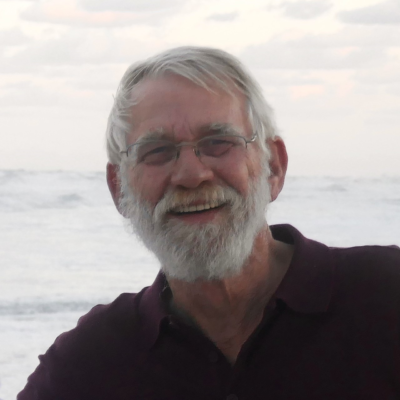 Al was born in Jonesville, Virginia and graduated from Jonesville High School in 1964. He earned his Bachelor’s in Chemistry from Lincoln Memorial University in Harrogate, Tennessee, then went on to serve in the United States Army, and complete his education in 1973 at the University of Tennessee in Knoxville where he earned a Master’s degree in Chemistry.

Al, affectionally known as “Fuzz” by those who knew him best, worked as a Chemistry Professor for St. Louis Community College for 35 years. He spent his retirement golfing, traveling to see his siblings, and earning the endearing title, “Papa Fuzz” given to him by his three grandchildren.

Al was a generous and compassionate man who dearly loved his family and enjoyed cheering on his beloved Tennessee Volunteers. He was a storyteller at heart and possessed a tack-sharp memory which he often used to vividly recount his years growing up in Jonesville with his three sisters and one brother. He enjoyed golfing, watching Cardinals’ games, and visiting with his neighbor, Thalia. Above all else, Al was a loving and kind-hearted grandfather who could often be found taking walks, playing dominoes, and enjoying precious play time with his three granddaughters.

He is preceded in death by his parents, Walker and Stella Byington and sister Barbara Williams.

In lieu of flowers, memorial donations may be given in Al’s name to Moving Works (movingworks.org), a non-profit filmmaking ministry started by his son-in-law.

The family would especially like to thank the staff of Mercy Hospice Care for their thoughtful service, Thalia Stein for her time and generosity, and Carol Byington for her sacrificial love and care for Al.

Al’s passing helps to remind us of the life-giving truth that, “God gave us eternal life, and this is in His Son, Jesus Christ.” 1 John 5:11
To order memorial trees or send flowers to the family in memory of Alvin Ray Byington, please visit our flower store.